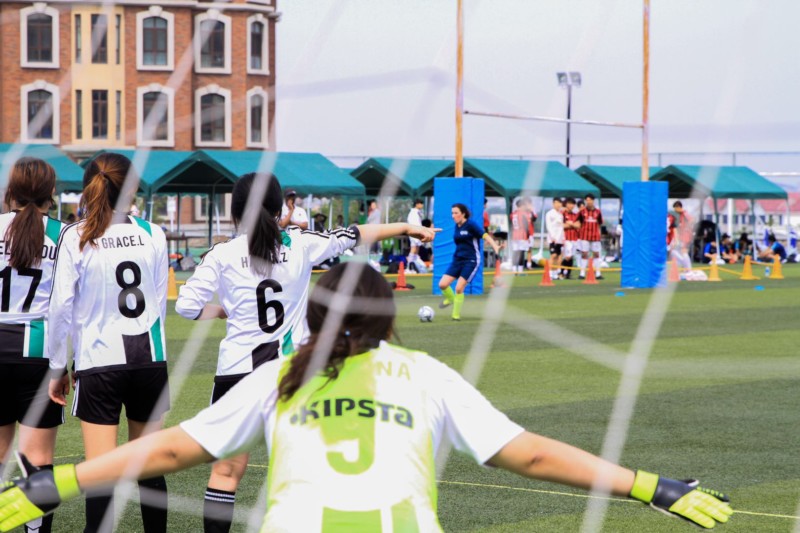 A team of 9 committed female athletes, coached by Coach Peter and Coach Lwazi, competed at Malvern College on Saturday, May 4, 2019 for the end of season Football Tournament.  Following a season with 1 win and 2 losses, the girls entered the tournament feeling confident in what they had learned and ready to challenge the competition.

Team captain, Louisa Bacon, led a strong defensive team throughout the tournament.  All of the ladies showed improvement in skill and tenacity from the early season competition to the tournament.  The Lady Narwhals finished the round robin competition with a record of 1 win, 1 tie, and 1 loss earning them a spot in the championship rounds.

The ladies played Confuscious in the semi-finals and defeated them to earn a spot in the finals against the ladies from International School Qingdao.  In a fierce back to back competition, the ladies frustrated a strong ISQ tournament team.  While the ladies competed at a much higher level than they had previously shown, they fell in a heartbreaking loss to a stronger, more experienced team from ISQ to take 2nd Place overall in their division.

The ladies had an amazing season this year.  The team was comprised of mostly 8th and 9th grade students, who competed against teams with students in grades 10 – 12.  They should be proud of their efforts throughout the season.  Great work Lady Narwhals!

U15 Basketball and Table Tennis Tournament. Girls Win a Championship!