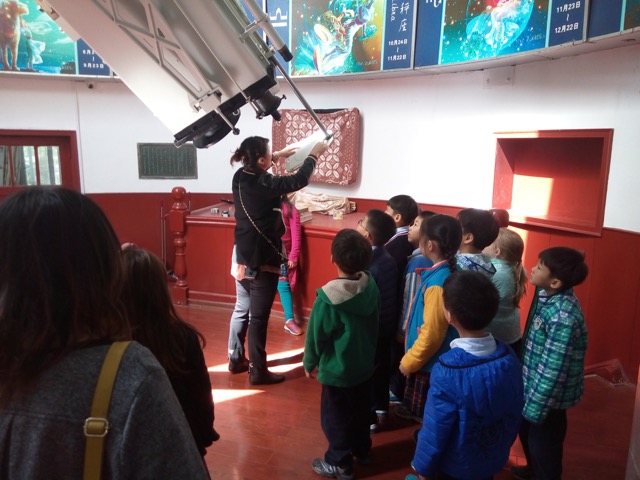 Last week, our first graders drew real-time sunspots and observed the power of concentrated sunlight in a visit to China’s oldest modern observatory!

The Qingdao Observatory was first built under the German administration in 1898, and in 1924 became the first modern observatory to be managed by Chinese nationals. The 16cm-aperture  German-made telescope has been used to document sunspots and other astronomical objects since 1905!

The observatory was the perfect place for Grade 1 students to deepen their understanding of the relationship between the sun and the Earth. The class also picked up six beautiful Chinese-language books about the solar system, in order to support the Chinese portion of this unit.

PYP Exhibition: A journey of a thousand miles...