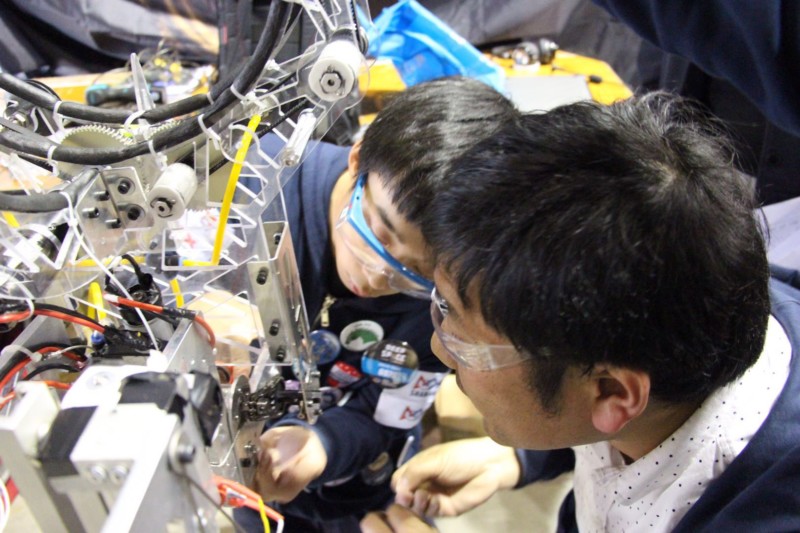 FIRST things first, robots are cool. The For Inspiration and Recognition of Science and Technology (FIRST) Robotics Competition 2019 in Silicon Valley, California, welcomed 15 000 students from across the globe to participate in what high school students have dubbed “the hardest fun you will ever have”.

Four students from Qingdao Amerasia International School spent 6 weeks preparing, designing, coding, programming and building a robot that could compete against top teams. At the competition, the QAIS team got to interact with teams mentored by NASA, Apple, and Google. Mr. Jack Guan, Robotics Coach for the QAIS Team, says that the team learnt so much and received a lot of assistance from these top competitors.

QAIS students not only competed in a world-class competition but were also given the unique opportunity to have private tours at Stanford University’s Robotics Laboratory, Berkeley’s Artificial Intelligence Laboratory, Google, and DaVinci respectively. There they were able to explore and discuss topics such as A.I., haptic force feedback systems, precision robotics and deep learning. Mr. JD Holtrop, Director of Technology at QAIS, mentions that the months of preparation were well worth the learning opportunity it afforded QAIS students.

MakeX Qingdao Regional Competition will be hosted on 17 July 2019 at QAIS.