QAIS at Harvard MUN in Beijing! 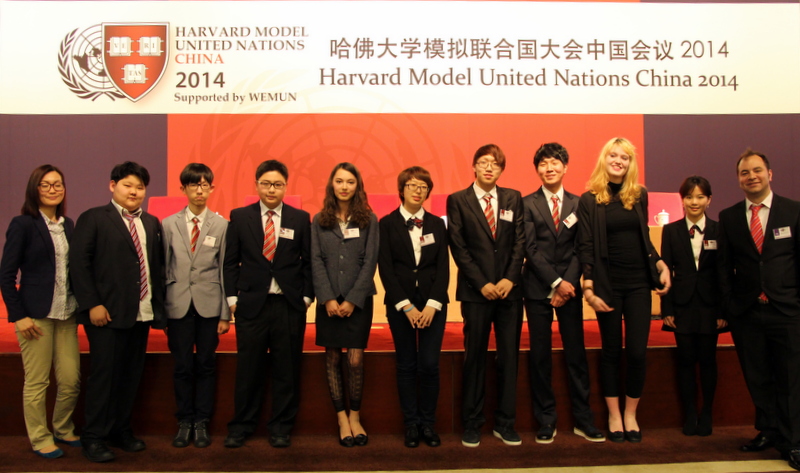 QAIS at Harvard MUN in Beijing!

Here are some of their thoughts on the experience:

Politics is not the thing I really like, however, the skills I learned in MUN can be used on the areas I like in the future. By listening other people’s idea and using critical thinking to find the main point and to give suggestion might be a good skill in the future for me that I learned in this conference. -Chris Gao

When I was making a speech in front of other people, the delegates listened carefully, and even encouraged me to clarify my points through constructive criticism. I felt happy to make a speech in front of an audience where there are more than 200people, even though I felt nervous. -Sarah Ryou

Leaving the conference room after all final discussion, I felt a huge relief but also didn’t want to leave the room where I had a great time with other delegates who were really creative, active and knowledgeable. -Neil Park

In the Human Rights Council, we debated juvenile’s rights. It is a really controversial topic and a severe issue, with juveniles’ rights being violated around the world. During the conferences, we debated about the definition of juvenile, for instance, which range of age should be eligible for punishment. Also, we talked about the importance of juvenile education, funding of developed countries and developing countries, etc. Also, we mainly divided our delegates into three blocs for three resolutions. It was a great experience for me. -Louisiana Liu

A Morning in the Children's House