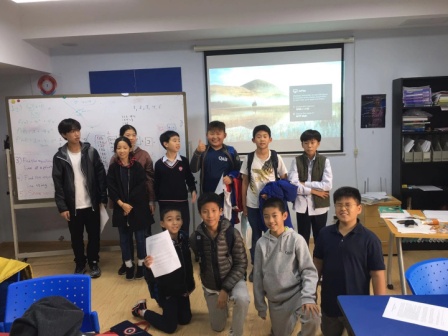 On November 14, 2018, Qingdao Amerasia International School– for the first time in its history – entered the world of competitive math. The AMC 8 (American Mathematics Competition) took place on the QAIS campus. Combined, over fifty entrants from Baishan School and QAIS participated in this event.

Why be involved in competitive math?

Young people have the extraordinary ability to learn and excel at anything … at such a rapid rate. We have all had the experience of seeing a young musician, whether it be a pianist or a violinist, playing music at a level which seems well beyond their years.   Or an athlete who is leaps and bounds beyond his or her peers. Such prodigious display of ability is awe-inspiring; it can sometimes be hard to fathom how someone in their teenage years can be so accomplished. Mathematical prowess is just another outlet of expression for some of our children.

What is the reason for this? How is it possible? One of the big sources of this ability comes from raw passion and love for something.  Perhaps that is the biggest ingredient.

Over the years I have been privileged to witness students who have such prodigious abilities in math; I have watched them display their abilities in a competitive environment. And, just like the musician or athlete or singer or dancer, it is love that propels them … in these cases, the love for mathematics.

Just recently the team of secondary math teachers at QAIS – Vivian Xing, Lwazi Zakumba and myself – began a series of training sessions for the AMC competition. Our goal is much more long-term than the upcoming competition. November’s AMC 8 competition was ideally designed for Grade 8 students yet the bulk of our entrants came from grades 5 and 6. They are courageously exposing themselves to the prospect of competing against much older students from other parts of China. The risk of this inherent disadvantage is worth the reward … which is the experience.

Our brave QAIS students – our risk-takers – were willing to attempt mathematics to which they have not been exposed just to be involved in something they love.

Our training sessions at QAIS (see photos) not only teach kids more advanced mathematics but also the critical thinking and problem-solving skills that competitive math elicits. Furthermore, they will learn nuances and strategies that will allow them to funnel their knowledge and produce something in an efficient and accurate way. These subtleties of competitive math are honed skills which take years to master. But, starting them young under the tutelage or our special math team, I have no doubt that QAIS will produce high-achievers in competitive math. 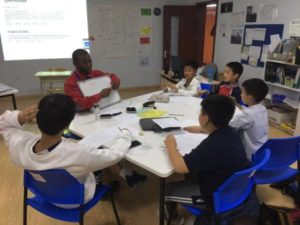 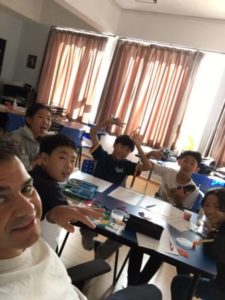 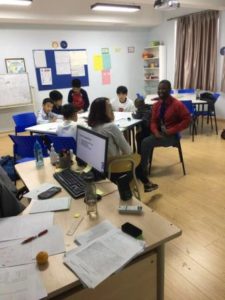 What an exciting time in the history of QAIS math. We are grateful for the support from our administration and the camaraderie of our friends at Baishan school.