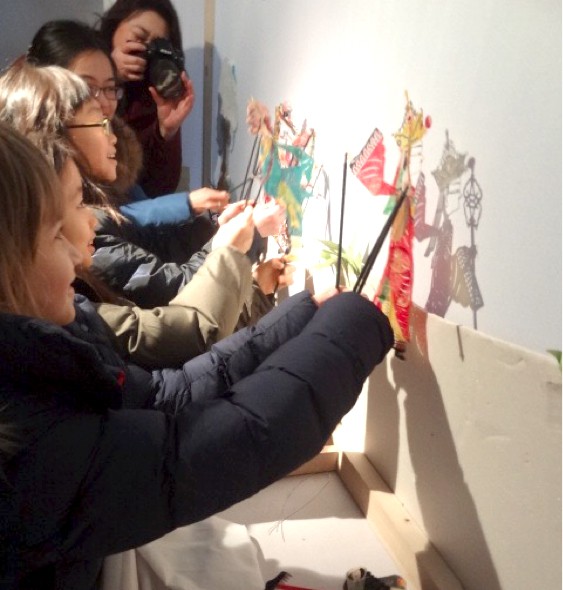 The third graders visited the Qingdao Museum to see a Shadow Play about the ancient folktale A Journey to the West. We learned about the story from Ms. Sarina through an interactive PowerPoint before we visited the museum. The students were able to watch and hear a part of the story through a beautiful shadow play. The students were able to interact with the puppeteers and learn how to make the shadow puppets move and interact with each other.

We also were taken on a tour of calligraphy art and learned about famous Chinese artists. The third graders learned about different types of brushes that are called maobi. The students were than able to collaborate with other students from Qingdao and created their very own calligraphy.

This trip integrates with our current PYP central idea: Through the arts people use different forms of expression to convey their uniqueness as human beings. The students are currently in the process of completing their summative assessments in the class by writing a fairy tale and putting on their very own shadow play. This new knowledge of how the play works and looks will help as the students construct their own production.