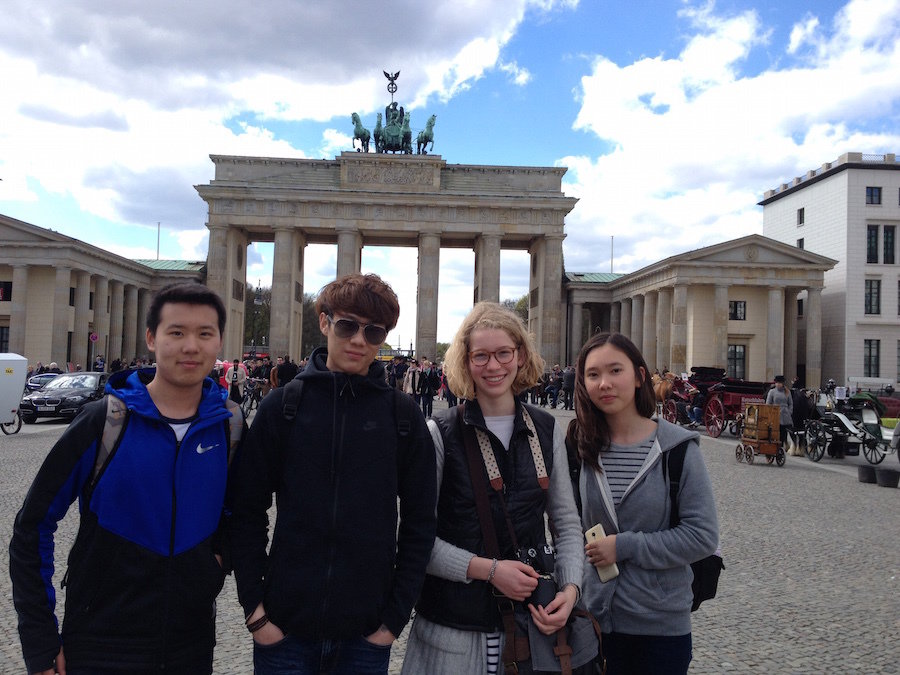 QAIS has offered an international trip for high school students for the past three years.  Students have traveled to London in 2014, to Paris in 2015, and this year to Berlin, the capitol city of Germany.

One of the highlights of the trip cited by students was a walking tour that took them to Sachenhasuen Concentration Camp, which was the camp intended to be the blueprint for all the Nazi concentration camps to follow.  Being so close to Berlin, it was not built to be an extermination center, however, one of the goals was to work people to death.  The inmates of the camp actually built the camp themselves. 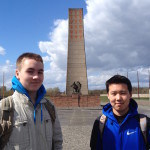 The students learned more about Nazi Germany by joining a bike tour that visited significant sites of the Nazi government or Nazi resistance.  They saw the German capitol building, the Reichstag, the Holocaust Memorial, and the location of Hitler’s bunker, where he spent his final days.

The students learned about East Germany under Communist rule after World War II.  They saw the Checkpoint Charlie Museum and a comprehensive display of Communist rule at the Topography of Terror Museum.  Part of the Berlin Wall still stands today and they also saw markers that illustrated where the former wall divided the city through Potsdamer Platz, now a busy shopping district. 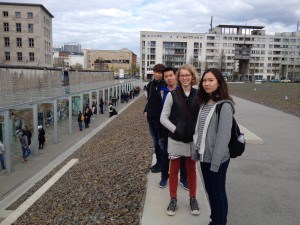 Another favorite place mentioned by students was a visit to the Museum of Computer Games.  This was an interactive display that allowed students to play old video games from the 1970s through recent times.  They also visited the Pergamon museum focusing on ancient history, and other museums focusing on Bauhaus style, the German film industry, and modern art.  They spent one morning in a recreated medieval German village, complete with actors playing the parts of local townspeople.   This was designed to be a living museum where they saw the entertainment and work of a medieval citizen. 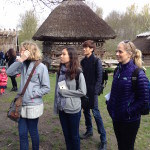 Other sites visited included the Brandenburg Gate, the Statue of Otto Von Bismarck, and the Berliner Dome, a grand cathedral on the River Spree.

Traveling internationally opens minds to new cultures and new ideas.  It is an important part of our curriculum.   We can see that our students were exposed to many culturally significant places and events through tours, visits, and local food.